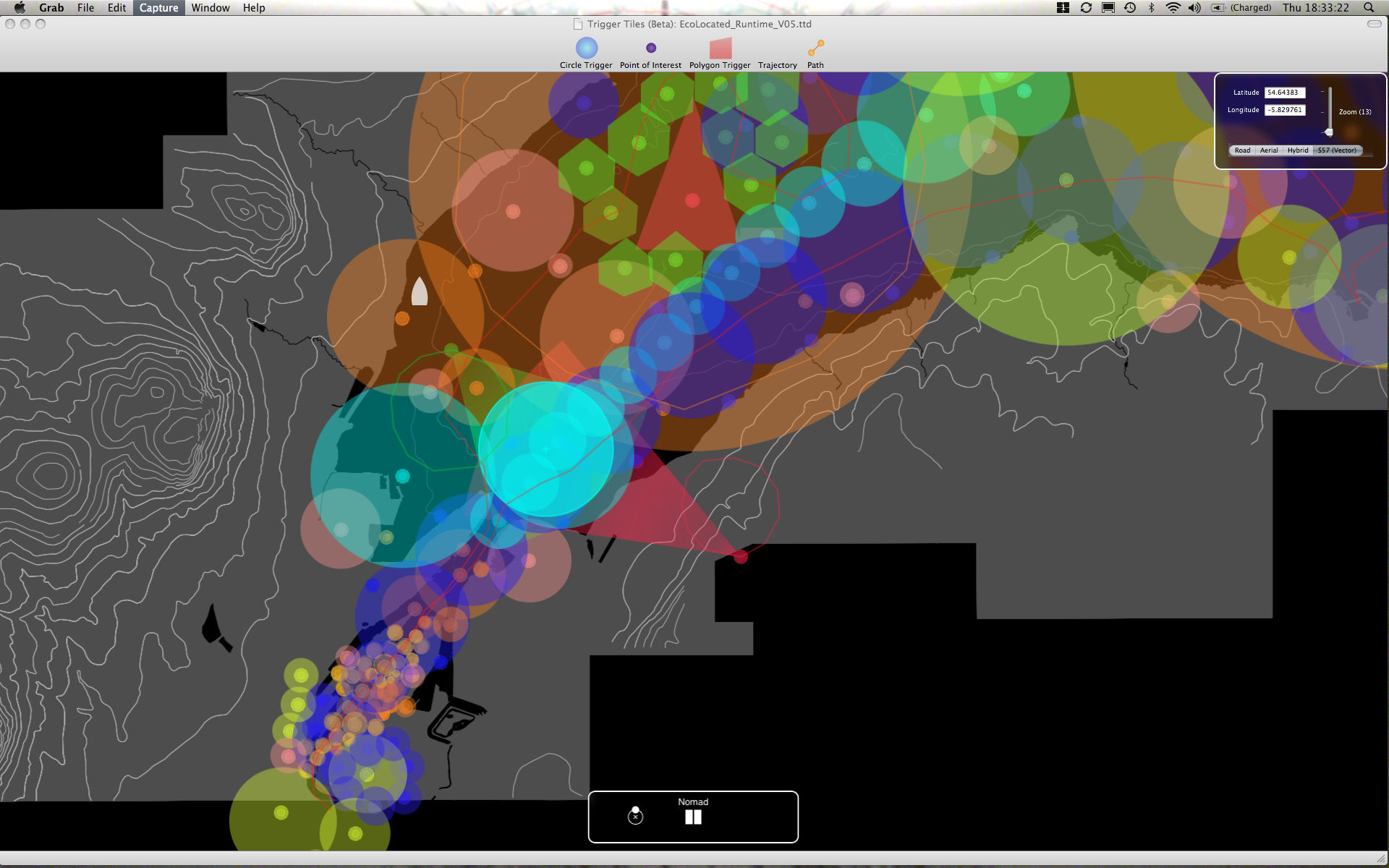 The Soniferous Cities is a long term project that will develop a range of ‘sonic cartographies’ focussed upon the contrast between urban and other landscape types. The project aims to create rich interactive ‘audio-portraits’ that employ three basic types of sound recording techniques, combined to create multiple outcomes – sculptural sound-installations, online geo-located audio-cartographies and audio-works for broadcast.

The three sonic layers are firstly a traditional ’acoustic ecology’ approach that identifies the sonic signatures, textures and keynote sounds of the environment, which are mapped to geographical location. Therefore this category will include ambient streetscapes, vocal material, musics, architectural ambiences etc.

The second layer also operates with a geo-spatial reference but these recordings are made with antennae capable of registering the Electro Magnetic Fields that saturate our environment – but which are generally inaudible – sources will include the EMF radiation from transport systems, data cabling, all forms of electrical devices and telecommunication equipment.

The third layer will be created by sonifying open source statistical data that represents aspects of the locatio, for example, climate, economic, transport, water usage, census data and so on. These sonified data will provide an abstract perception of these invisible flows of information which nevertheless mould our daily lives.

Initially these geo-referenced soundscapes will form a series of ‘SonicLandscapes’ on this web platform and may be audited as a mix or as individual layers as a user explores the map space.  It is envisaged that the material will also be re-purposed in the form of sound sculpture objects and sound installations and ancillary broadcast works.

Soniferous Cities is a new development – but naturally it is informed by the knowledge and concepts of my previous works. I am especially interested in the inter-actions and inter-relationships between these three different approached to sonically describing a landscape/cityscape, and how these can be both synthesised or indeed contrasted into a soundscape.

Link to previous work that deals in Sound Mapping.

Soniferous Cities is a development of several strands of my creative interests, in particular geo-located sound mapping systems as developed in my SonicLandscapes* and AudioNomad* projects as well as public sound sculpture installations that mix environmental and cultural audio with sonified environmental data